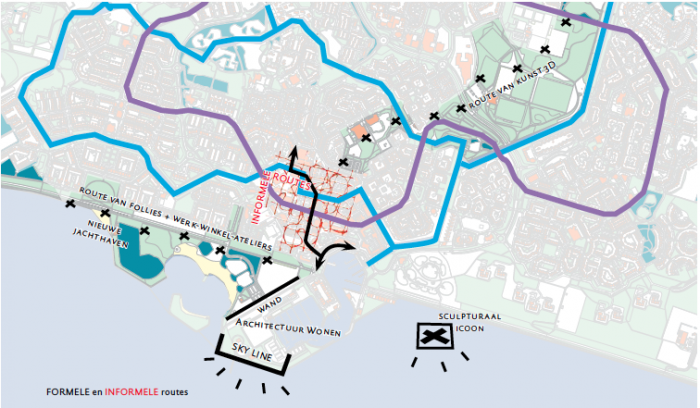 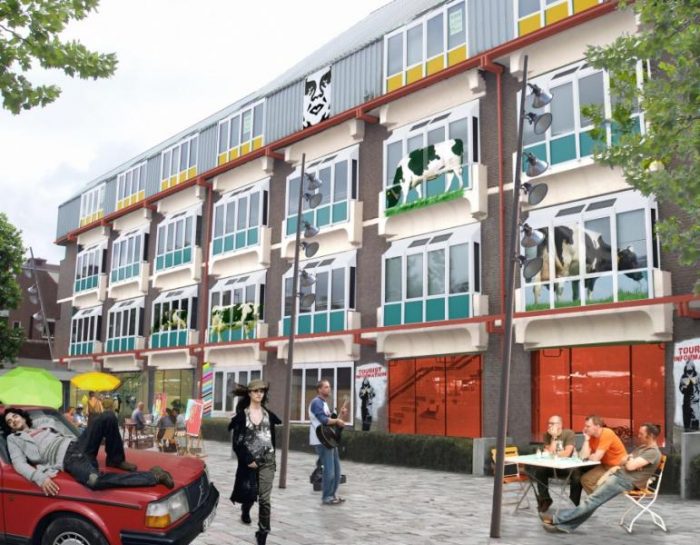 How to preserve the cultural identity of Almere Harbor by employing the potential of the creative industry? This was the assignment that preceded a study by 12N, in collaboration with Ans van Berkum of Casla Architecture Center; a study that developed into a series of guidelines on five urban-scale levels

The motive behind the assignment by Alliantie Flevoland housing corporation, was the removal of several cultural initiatives from Almere Harbor in line with the steady expansion of the city’s urban nucleus. 12N and van Berkum investigated ways to effectively combine existing and new creative businesses and the necessary practical guidelines to do so (among others, by way of strategic purchasing appeal). This led to a further zoom-in on the area’s existing identity, and how the linking of architecture, water and new towns could be used to revitalize it. In addition, a toolkit was developed for the reinforcement and enlivening of public space.

Using collages and maps on regional, municipal, district, neighborhood and individual building scales, the report presents the possibilities to be implemented in Almere Haven. The work resulted in a general scheme and in the toolkit, created in the margins between urban planning and cultural practices, for the clients’ cost-effective strengthening of cultural identity and urban context. Some of the guidelines have meanwhile been realized. Practical developments: realization of a creative collective business hub in an abandoned office complex and more intensive cooperation and redevelopment plans related to the local multidisciplinary cultural centre, Corrosia.