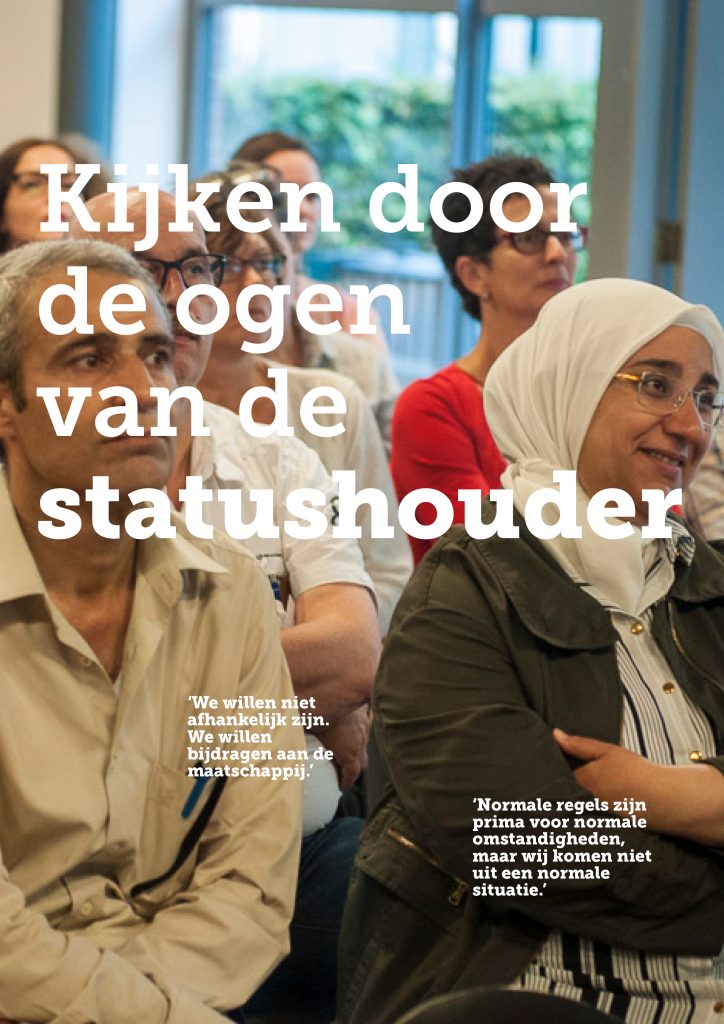 Newcomers conferences_Seeing through the eyes of a refugee

Urgent and complex, two words that sum up the debate on the refugee crisis. Where Europe initially appeared overwhelmed by the flow of new people, there is now decisiveness. Governments, but also other organizations and ordinary citizens are looking for structural solutions. In addition, coordination is essential.

To 12N Urban Matter the task of organizing two conferences on the subject, commissioned by nine municipalities in the Eindhoven region. The first was on November 18, with the central question: how can we accommodate newcomers as well and quickly as possible without crowding the social housing market? And could this conference take place in ten days? Of course! 12N has experience in organizing and chairing large meetings (including for Architecture Center Eindhoven, SPACE-S, BNA), as well as in leading a good debate, and one on politically sensitive topics, as well.

The positive reactions to the first conference led to a renewed demand for a larger conference which, in addition to housing, also addressed the themes of employment, language, education and integration. Since 12N Urban Matters is not called 12N URBAN MATTERS for nothing, such request was seized with both hands. These are pre-eminently the areas where urban planning and public housing also affect other policy areas, and where cooperation should be sought for!

Remarkably, in discussing the situation of newcomers, we often think from our own structures and experiences, our rules and targets. But we do not often ask ourselves the question: what does the newcomer experiences, and how does he perceive our help? For a second, wide plugged conference on newcomers and participation on July 22, 12N teamed up with newcomers. They joined the preparations and shared their experiences. Also, the conference visitor wasn’t presented distant facts, but true stories. Up close and personal: the visitors were facing a ‘client journey’and with that a number of issues and situations to discuss and assess.

“I want to quickly learn the language. One hour per week in a classroom is not enough. ”
“My family comes over, but I’m on the waiting list for a room. How soon should it? ”
“My neighbor is afraid of me, and I for him. Is he for or against me? “

Questions that let participants see through the eyes of a newcomer. A sense of belonging is key Each story is different, each question is personal and not generic. Perhaps answers need to be just that, too.

Commissioned by: nine municipalities in the Eindhoven region
Period: 2016