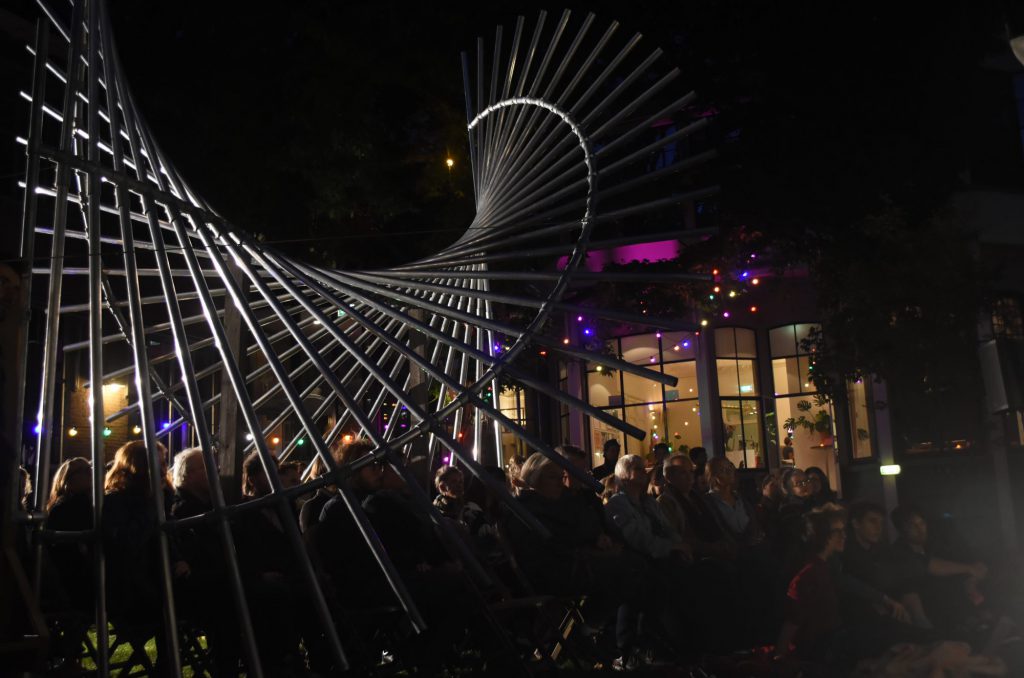 Theater and dance company Bouwjaar84 developed a wide network, an audience. It produced various performances for, among others, Oerol Festival, and developed a theater of its own – the so-called Juttheater in Tilburg. Bouwjaar84 is a self-willed group of creators who make, sometimes forced, sometimes in principle, to make choices to discover, create and build.

And in 2017 they made the choice of reinventing themselves. The group dreamed various dreams of traveling around, of their own mobile theater, of new forms of living, of letting go, of being agile. How to make the right choices? How concrete they may be?

Fulco Treffers guided answering this question, through his expertise with young creators (e.g. in TAC Eindhoven) and through linking creativity, art and building. The result was a series of intensive conversations that ultimately led to new choices in programs, projects and partnerships. Not just to a regular rehearsal or playground, but to an intensive connection of places, cities and people. Ultimate freedom, in living as well, bringing both new opportunities and limitations.

This was an interesting process for 12N, because it gave insight into new wishes to ground, how we connect to a place, feel at home, work. Do we need a ‘home base’ to be able to travel around, or not? What are the basic needs of a mobile home and workplace? How do we connect to a location, a neighborhood, if we know we will, eventually, leave again?

Bouwjaar84 made rigorous choices, transformed into Zwermers (Swarmers) (http://www.zwermers.nl/) and is ‘on track’, at least as far as a swarm could be.