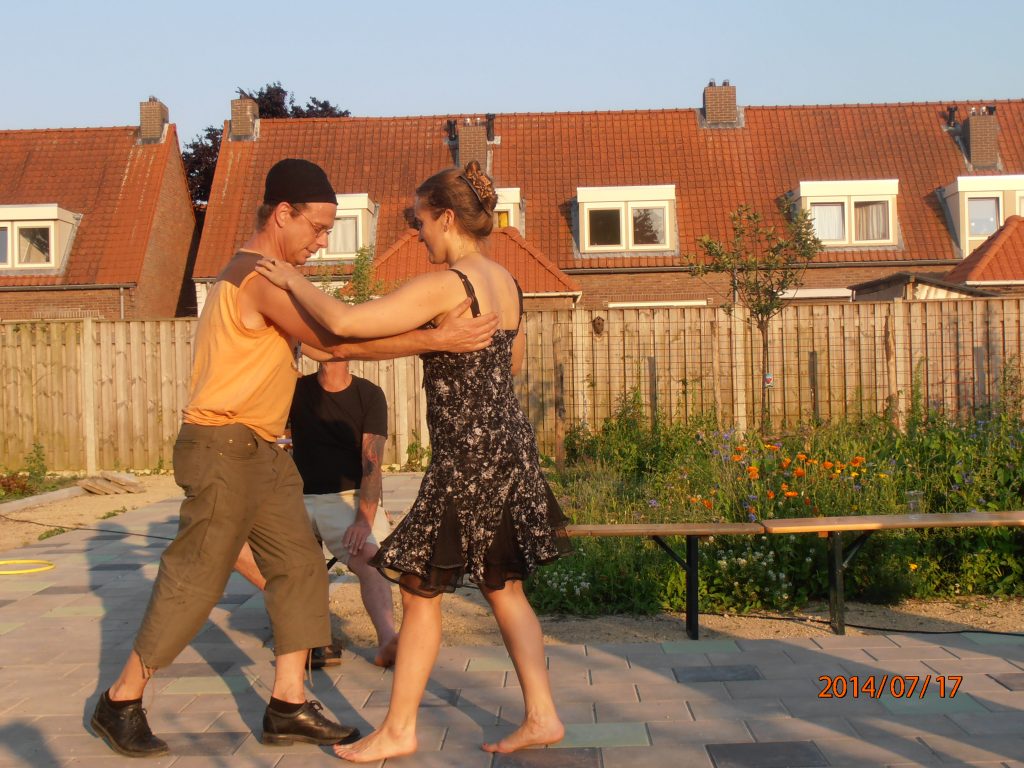 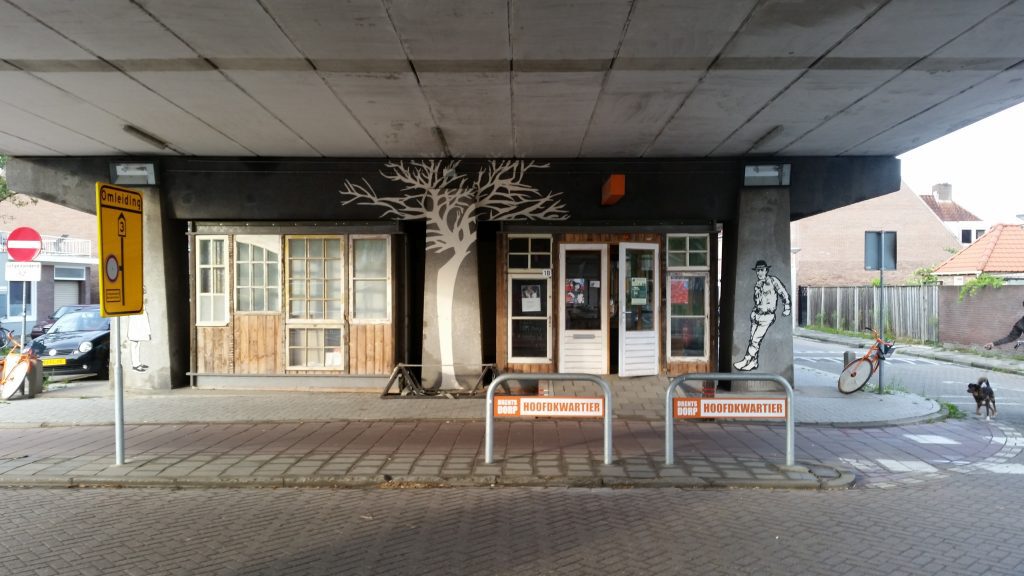 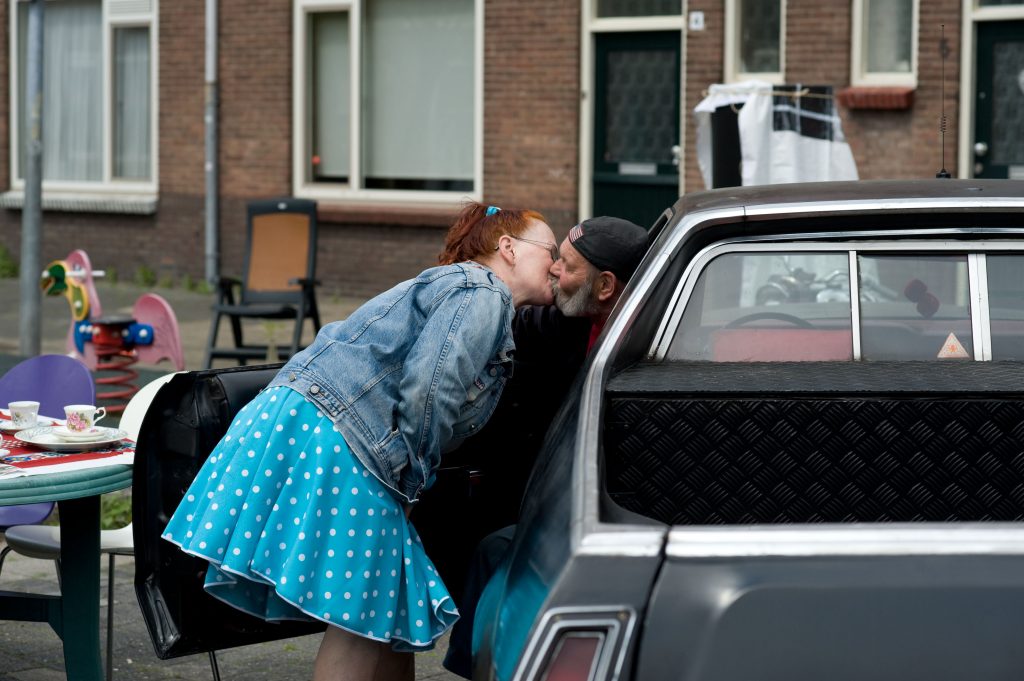 Eindhoven is booming. Strijp is hot. But Drents Dorp Oost, in between all major developments of Strijp S, R and T, seemed to be on a permanent break. Drents Dorp consists of almost only small, low cost houses, largely built by Philips between 1925 and 1930. When Philips left Eindhoven, the neighborhood spiraled down. Unemployment, crime, anonymity and personal problems prevailed. Not only the houses, but also the local people needed some attention.

Drents Dorp is not a place for the very faint of heart; it’s a typical blue collar area with lots of colorful residents. Most of them feared that the area would be demolished, feeding suspicion and anger towards the housing corporation. But Woonbedrijf didn’t demolish, the corporation decided to maintain and invest in the neighborhood.
In 2011,  12N Urban Matters was asked to work with residents on a local vision for Drents Dorp Oost. Starting point was preservation of the urban structure, and maintaining the affordability of the homes.

Drents Dorp is no place for massive participation evenings in anonymous venues. It is, however, a place for small talk with your neighbors, for informal and lowkey conversation. So 12N organized meetings on a street by street level, at home with one of its residents. Dubbed the ‘Tupperware method’, it was a quick and easy way to talk to people about their homes and neighborhood.

What do you want, what don’t you want, what choices can we make together when it comes to major maintenance of the neighborhood? Connect people and then translate their wishes: after nine months 12N presented a social- spatial plan. In collaboration with more than half of the total number of residents, it showed the wishes, ambitions and commitments for housing, the public space and social interaction in the area. It presented clear choices for residents.

The major maintenance in Drents Dorp is now finished. The majority of residents is satisfied. One looks back on an admittedly radical maintenance, but with much appreciation for the way 12N involved residents in the process.

When Philips left Strijp and Eindhoven, Drents Dorp lost a thread in its history. This had major consequences. A neighborhood where many people worked, knew each other and cared for each other, Drents Dorp turned into an anonymous place with high unemployment and anonymity.

How do you spark a newly discovered energy and a newly developed identity? That required an out of the box strategy.
Along came the Drents Dorp Angels, a concept designed by 12N and Anemoon Geurts (moon|and|co). Three girls working in the creative industry challenged the residents, sometimes literally, to cross ther threshold of their doors and join in for various activities. For exampke a festival for the both most loved and hated local residents: pets., and annual participation in one of Eindhovens most important events: the Dutch Design Week.  A successful approach: social cohesion grew strongly in a few years time. The role of the Angels slowly changed from guiding to supporting residents. By now, there is a strong team of volunteers, that organises a large number of successful events.

Social design – also called co-creation – is still part of the program around. Design and culture, based on the stories, wishes and people in the neighborhood, highlighting the uniqueness and identity of Drents Dorp. People changed their views and beliefs; of themselves and their talents, but also of their neighborhood and environment. Through social design Drents Dorp was able to make the connection with the developments at Strijp S, R and T. In his own unique and quirky way of course.

Space and social get together in the Drents Dorp Headquarter. After signals from 12N residents explored the possibility of a meeting place for the neighborhood. The choice fell quickly on an unusual location: right under the viaduct at the entrance of the district, known locally as the ‘Strijps Bultje. Neighboring designer Piet Hein Eek was commissioned to build the property. Made from recycled materials, the place is bright and cozy and open almost every day. This transformed a gloomy, dark place under the overpass to the vibrant heart of Drents Dorp.

This way of working fits into the line of work of 12N Urban Matters: large effects on the quality of life through minor physical intervention.

The combined approach of physical and social issues in Drenthe Village, has launched a movement that now attracts attention from around the country. Once an area in a downward spiral, the neighborhood now shows how politicized ‘participation’ may look like in practice. Drents Dorp is still that stubborn neighborhood with a raw edge. But pride, full of initiative and caring for each other. 12N Urban Matters, together with partners, designed the building blocks for a future in which residents take matters into their own hands.