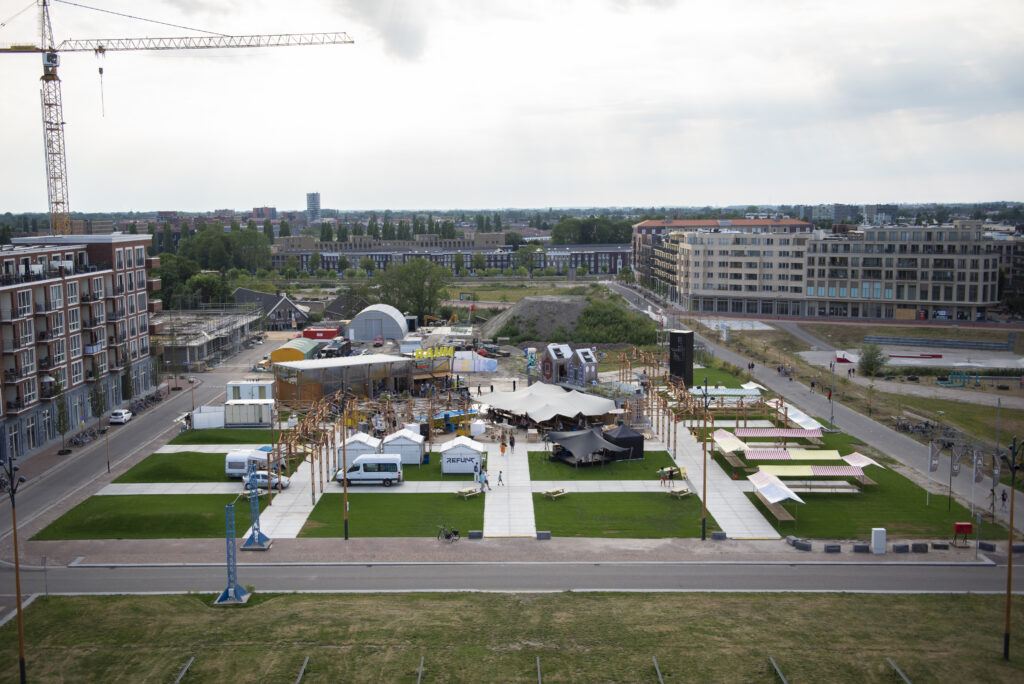 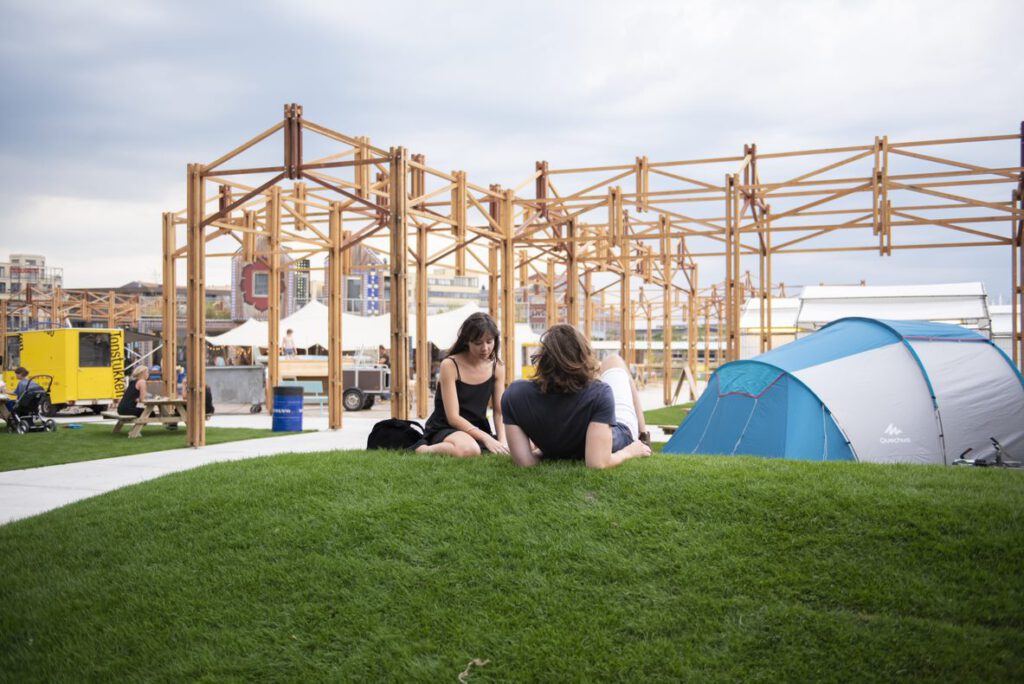 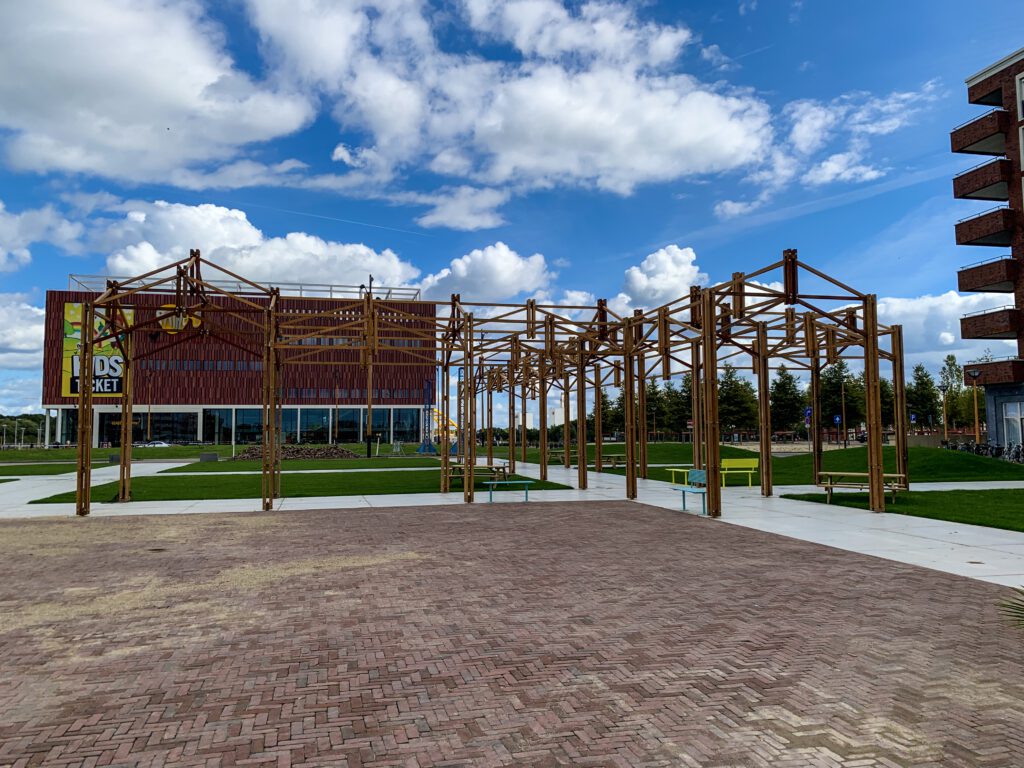 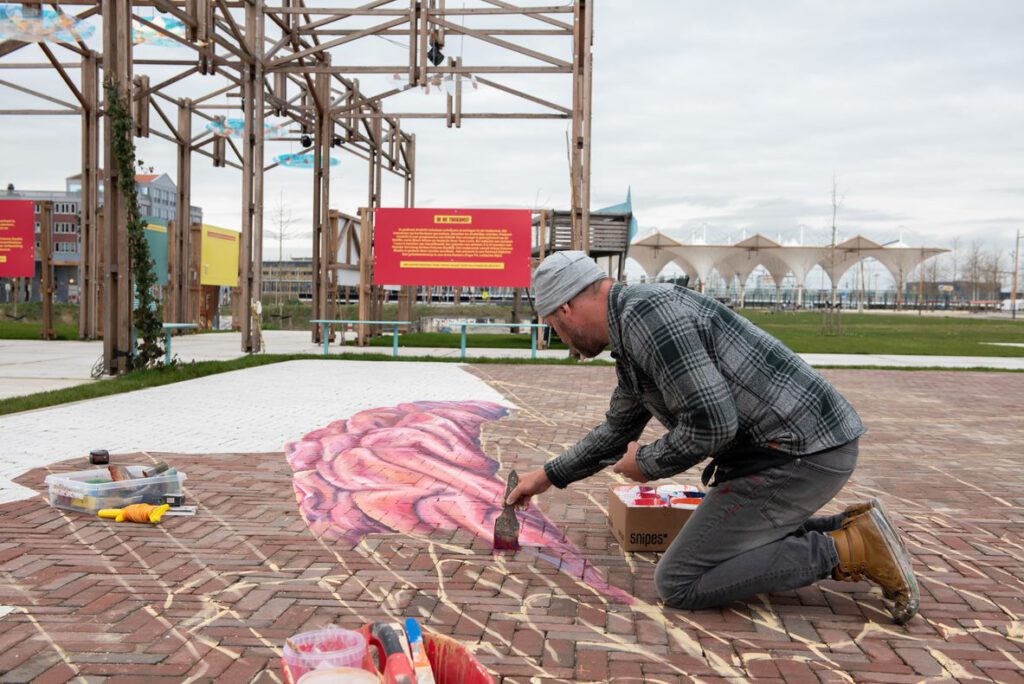 The appearance of the outdoor space at RAUM (approx. 4000 m2) was in dire need of renewal. In fact, the area looked like a wasteland festival site where the rain puddles, garbage cans and parked cars dominated the view for most of the year. There was an important desire for creating a place suitable for larger events which would also invite use even without prior program or organization. All of that on a budget appropriate for a design period of approximately five years.

By applying large wooden frames in the area and paths of concrete plates with intermediate greenery, the area can be used on three levels. The green areas give rise to small encounters, possibly several at the same time. The frames divide the area into a central square with four adjacent zones. Between the frames are planes where larger objects or activities can take place. And, due to the transparent nature of the frames, the entire area can also be used for a single, grand event.

The design is based on the circular idea. Materials that were already present on the site (clinkers, gravel and concrete plates) were reused. New objects were made, as much as possible, from bio-based material. Dismountable and therefore re-locatable and adaptable, they can be used in case more permanent buildings on the location are realized in a few years’ time.

See this video for an impression of the area.