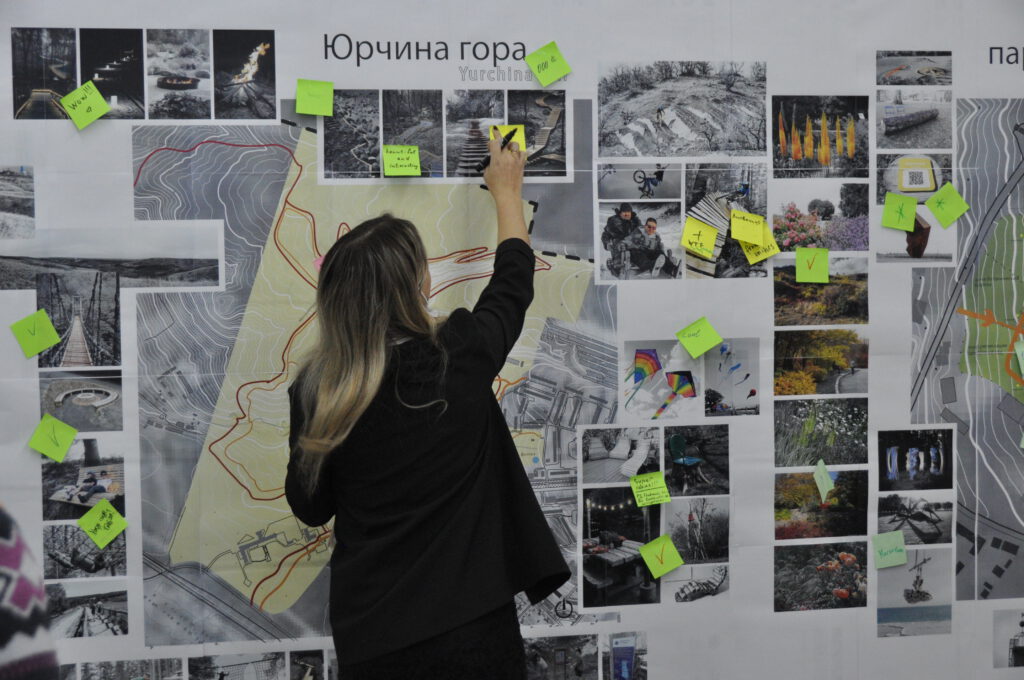 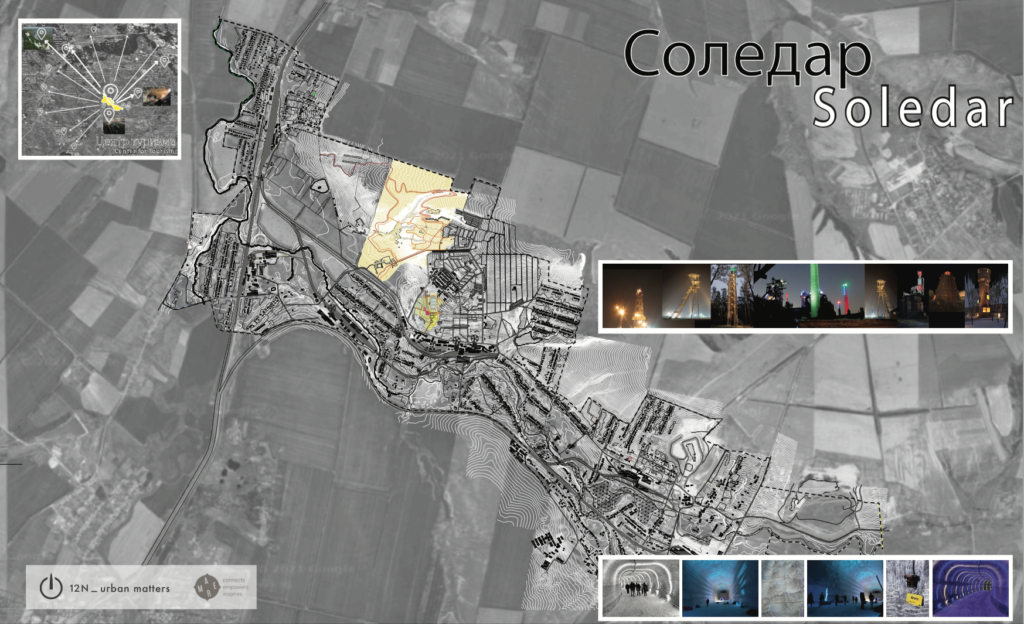 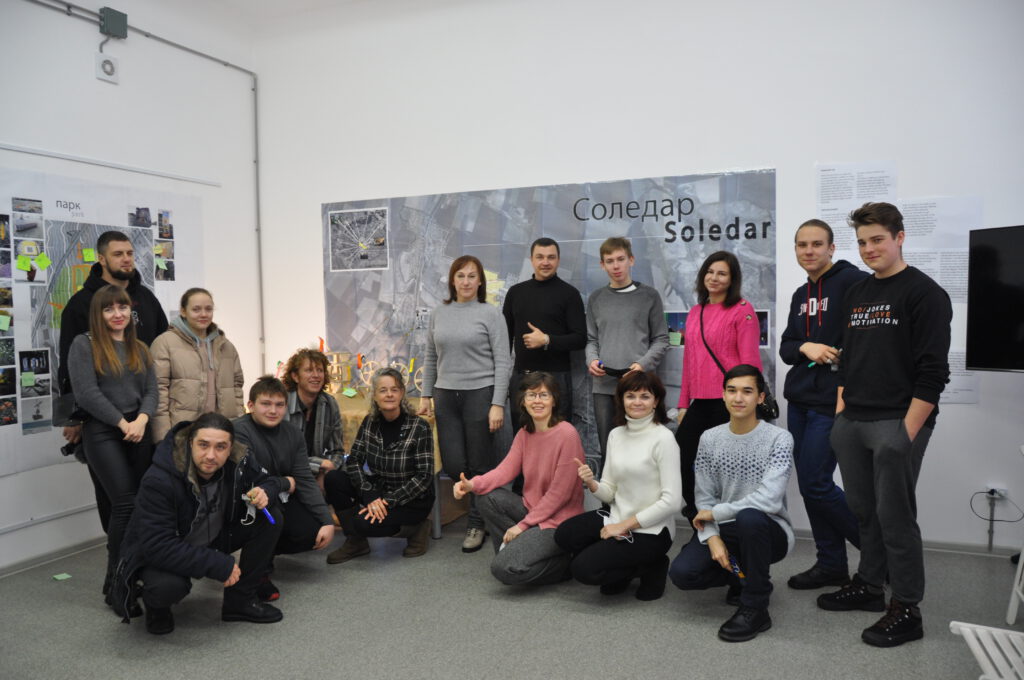 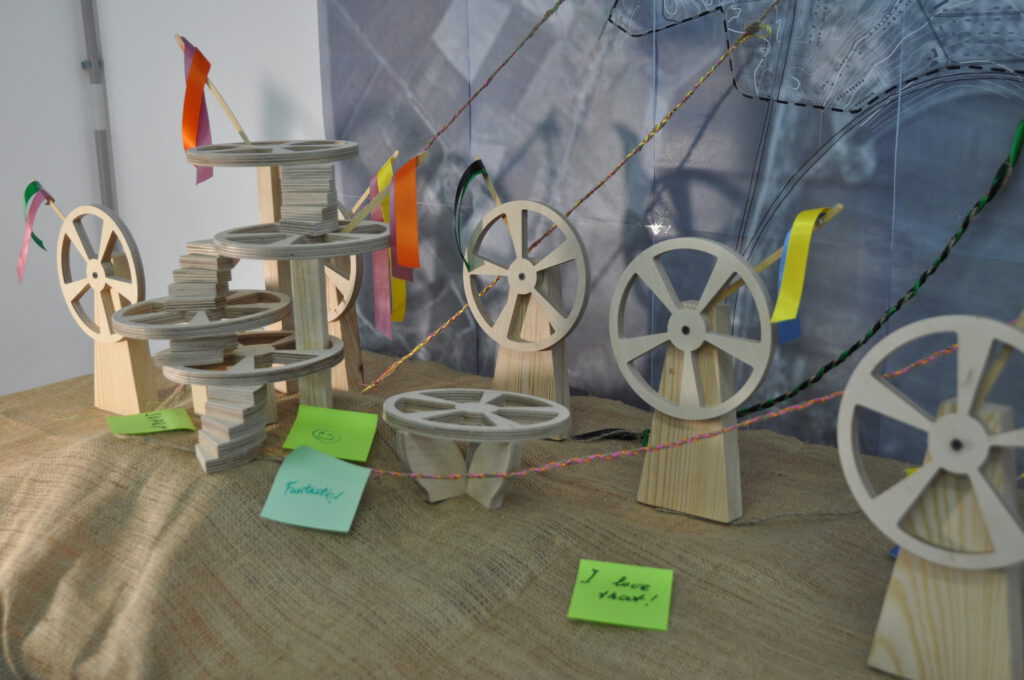 “The gift of salt” is het meaning of the name of Soledar, a small  town in the East of Ukraine. For Izolyatsia, a cultural platform originally based in the city of Donetsk, this town reflects the situation of Ukraine as it is right now: a typical soviet town close to the occupied area. The war is only 30 km away. People are leaving because of the lack of work and cultural and social movement.

Question to 12N was: how do public spaces help to change the perspective of the city? 12N Urban Matters invited Mare as a specialist in public cultural venues. The result after a short time research and design project was an art installation and video of our work.

The aim is to make  a connection between under and above ground; under the ground in the salt mines is a touristic and cultural world. We suggest to make the magic of downside visible upside by using lights and redefining public space. Developing the centrally located city park and a hill at the side of the town called Yurchina will turn this place upside down. By putting the down side up.

The central park has old stories to tell. It is now a transit route, mainly used to walk through as a nice or short way from one place to another. There are memories of how it once was. That’s the sentiment. The sense of being together, of care, needs a new imagination, a different language. We will put a new layer over the old, but the old will always remain visible. We can also add something new, a different view, a new perspective, that gives hope and fun.

The design is a zoning plan and relatively cheap solutions for improving the urban furniture, art objects and program, plants and trees, without removing everything that is already there. Plus, we propose to add a view tower in the centre of the Park. An extra tower, referring to the shape as the mine shafts, reusing old elements of the industrial parts. An old shape, a different form: a beacon of air and light. Connected to the other shafts in the city by colourful flags. Distinct from the other, asking to be climbed rather than descend.

Local vlogger Pavel made this video about it.