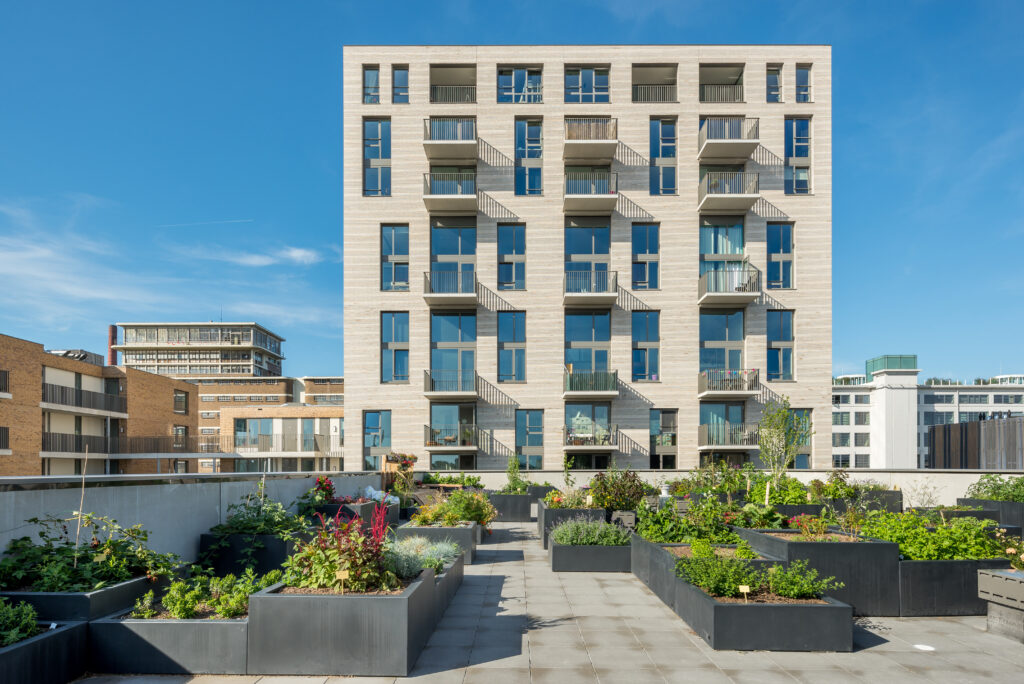 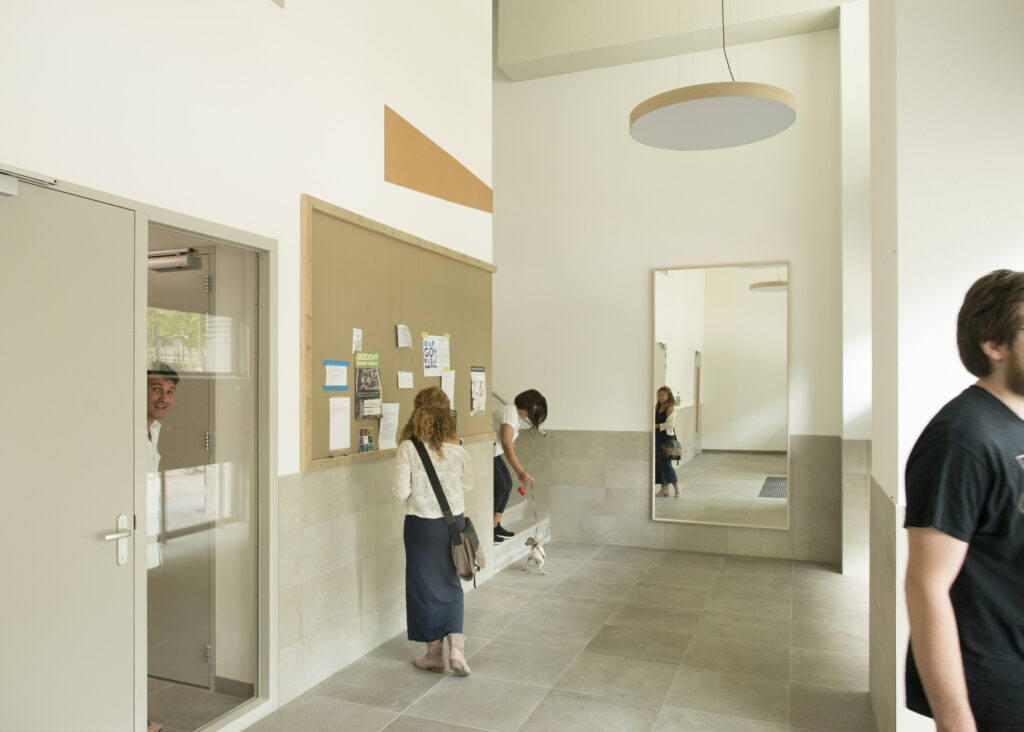 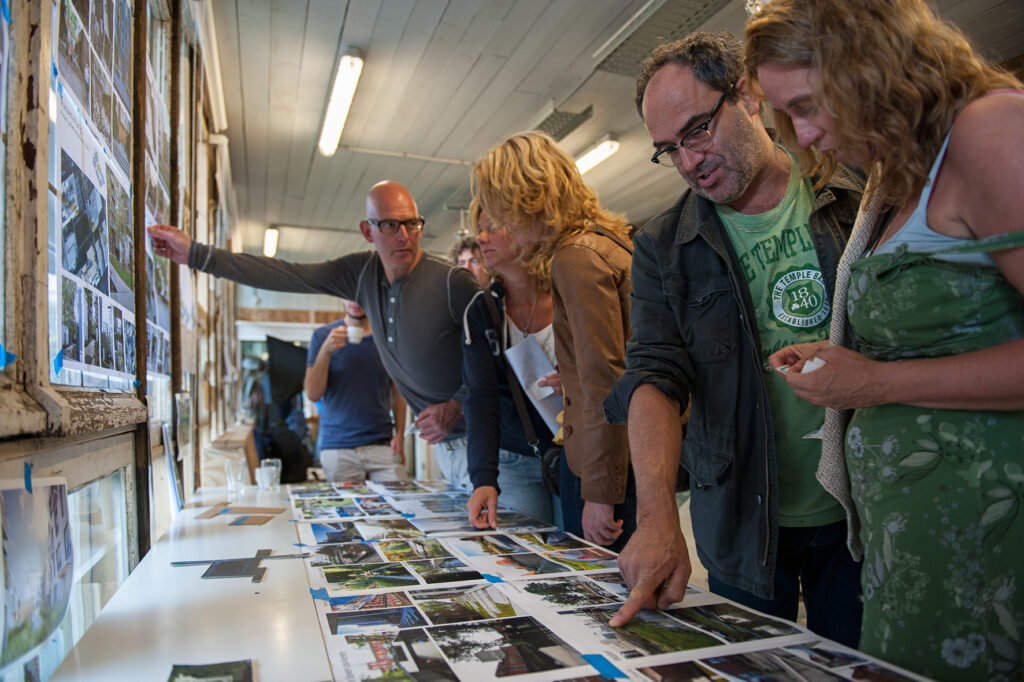 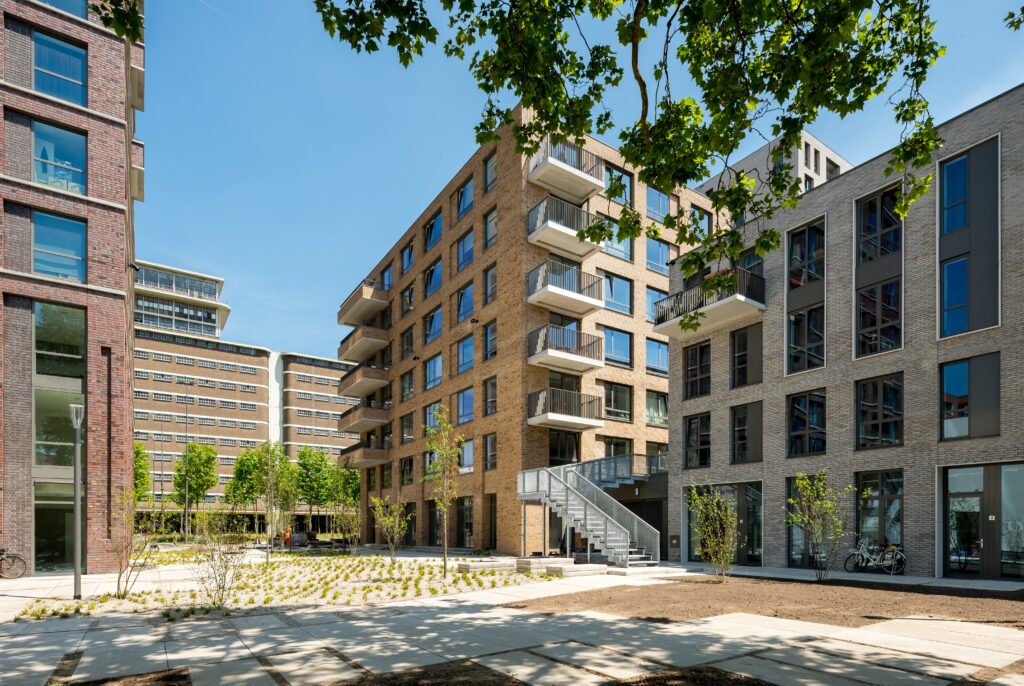 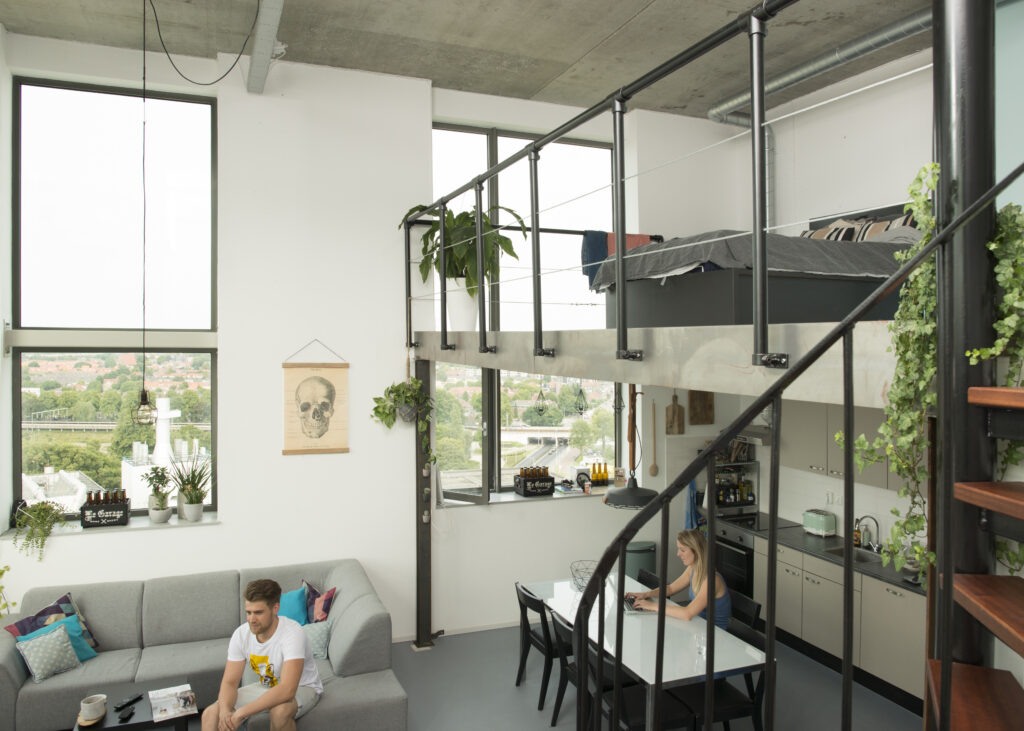 “What would you build here on Strijp-S? What kind of a program, shape? We have calculated that about 400 homes could be built. But how and in what way?

Woonbedrijf came to 12N Urban Matters with this question in 2012. It was an invitation to think about living on Strijp-S – a wasteland on Eindhoven’s largest transformation area. An area where former Philips factories and office buildings were transformed into “the cultural heart of Eindhoven”.

It was a question every designer craves for. But also a question that gnaws at conscience: I have always stated that a designer should approach large developments with restraint. Too many Dutch locations and landscapes have been ruined by uniformity, by building too much in the same style and at the same time. And now, what have I done…?

A second question quickly arose: do I really know what residents want? A house with a garden? A penthouse above the city? What else? And what if they can’t afford that? Isn’t it more differentiated than that?

Therefore, my answer to the corporation was that we must ask future residents what they want, in terms of how they want to live. We do this in existing neighborhoods. We could also do that in new constructions. So, my proposal was: 12N would rather like to design the process for this, than the building itself. Of course with the knowledge of urban and architectural design.

That led to a lot of educational moments. About designing. About theory and practice of involvement. About changes in organizations. But especially about living. That it is not just about a good floor plan, but about living in a broader sense: about neighbors, about renting, about safety and community, about the inside and the outside.

I wish a process like this for every resident, for every designer and for every commissioning party. It is, and was, worth gold.

Dynamics
It was never boring. Playing the saxophone to do a sound test with the residents. Taking a day trip up to and down from Paris in order to view example projects and to have a lot of conversations. Accomplishing deadlines because, despite all the meetings and conversations, the schedule had to be achieved. And camping a night on the construction site, at the initiative and invitation of the active core.

Fulco Treffers was able to use the full breadth of his experience as project leader of a large team of Woonbedrijf, Stam + De Koning and advisors. As an urban designer in the team at Urhahn. As a structural engineer in responding to proposals from architect Inbo and contractor Stam + De Koning. As a workshop developer and session leader at all meetings with residents.

By inviting Rutger Büch and Stefan Herwich to the project team, knowledge about customer-driven working and the use of social media was strengthened. Such strategic knowledge is now used in other projects and cities.

Customer-driven goes beyond customer-oriented
We are familiar with the customer-driven approach: the customer comes first, we listen carefully, communicate well. 12N Urban Matters went a few steps further at SPACE-S by actually giving the customer a leading role. Why don’t we apply that in a new construction project as well?

We are proud of the result. There’s no slowdown, but rather an acceleration in comparison to regular. There’s no budget overrun. There have been various awards and nominations, and hundreds of national lectures have been given. But above all: there is a group of residents with a beautiful place to live.

The design: from the outside in
Everything was different from the start. Even before an architect was picked, future residents had discussed their wishes for their new living space and environment. This change in procedures required a continuous flexible attitude of the Woonbedrijf staff, who kept a clear goal in mind and had to rely on the process.

Completed
In December 2016 the first units of Space S were ready to be occupied. The train is rolling, the final design choices for the common areas are made and the residents’ association has been strengthened. 12N has transferred knowledge and experience with workshops and excursions to the residents and employees of Woonbedrijf.

The role of 12N Urban Matters is over. The project was completed, and the project has begun.