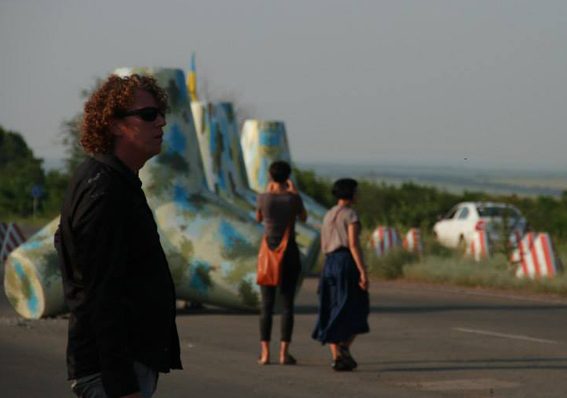 A country and a city hit by war. A need for new perspectives, despite the war. Cultural platform Izolyatsia from Ukraine invited fifteen architects, artists and designers to consider the opportunities and creative impulses for the city of Mariupol. One of them was Fulco Treffers from 12N.

Treffers spent two months in Mariupol. He talked to many people, experienced the city with the war so close by, but also the daily life and the resilience that goes with it. He made a glossy magazine, in which he described, in an accessible manner, what the current state of affairs in the city was, and the opportunities he thought existed on an urban, social and economic level.

In doing so, he looked both at the short and long term. In the short term, Treffers advocated urban acupuncture interventions: fast, small-scale local interventions that facilitate meeting, and thus have an added impact on the entire city. For the long term, he researched sustainable economic development: from the steel industry alone to a varied economic infrastructure. He views urban acupuncture as an engine for powering new energy, growth and change.