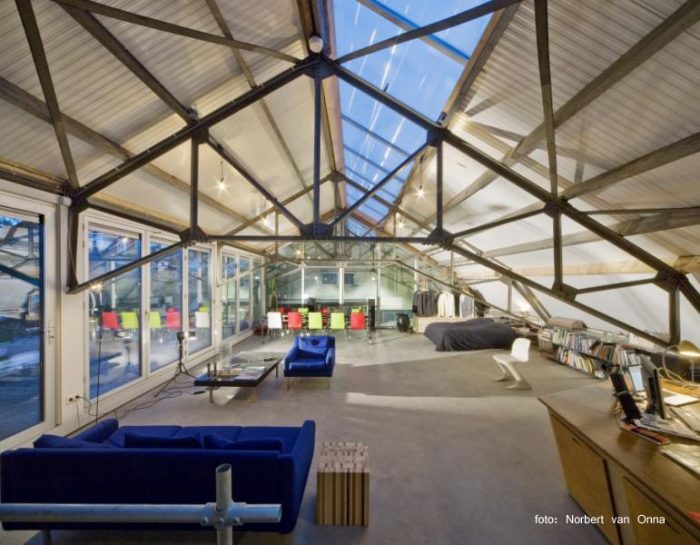 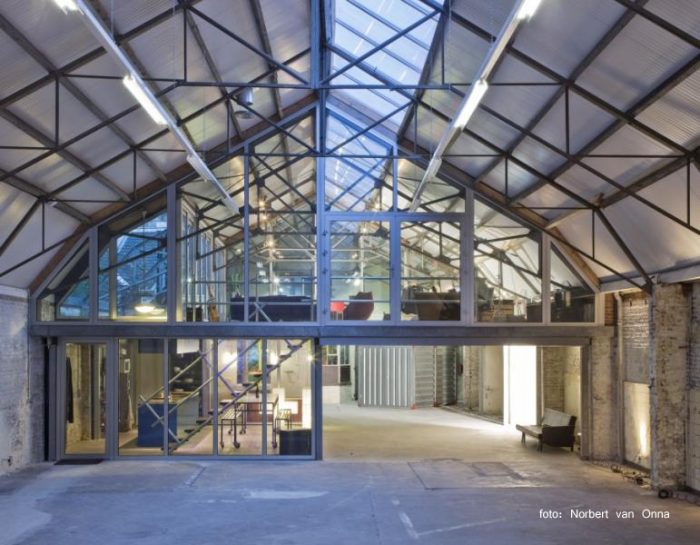 Fulco Treffers of 12N Urban Matters designed his own living workspace. He transformed an old garage shed in the center of Eindhoven into a multifunctional living space, while succeeding in retaining the industrial character of the building, along with plenty of space for unplanned extra functions and activities.

The transformation presented an architectural task, and despite its small scale, this development could be viewed as an example of small-scale urban development. The neighborhood and the municipality were enthusiastic about the developments and cooperated where necessary.

The design solved the most important physical limitations of the building, while maintaining its most powerful elements. The building is wedged between barns, halls and gardens, and stands entirely on its own plot boundary. Originally, there was hardly any daylight present and almost no outside space. The lack of daylight has been solved by placing a skylight over the full length of the roof, along with a 10-meter wide sliding glass facade on the newly installed storey floor which overlooks the neighboring gardens. An outdoor area has also been created.

By building a transparent (glass) volume in the space, the full length of the hall and the strength of the old repeating roof trusses can still be experienced, but the space becomes climatically more manageable. The temperature can be adjusted within the glass room. Old and new come together through the visibility of the materials, the experience of the old garage shed, and the presence of the old (also glass) company manager’s house that has been kept in its place.