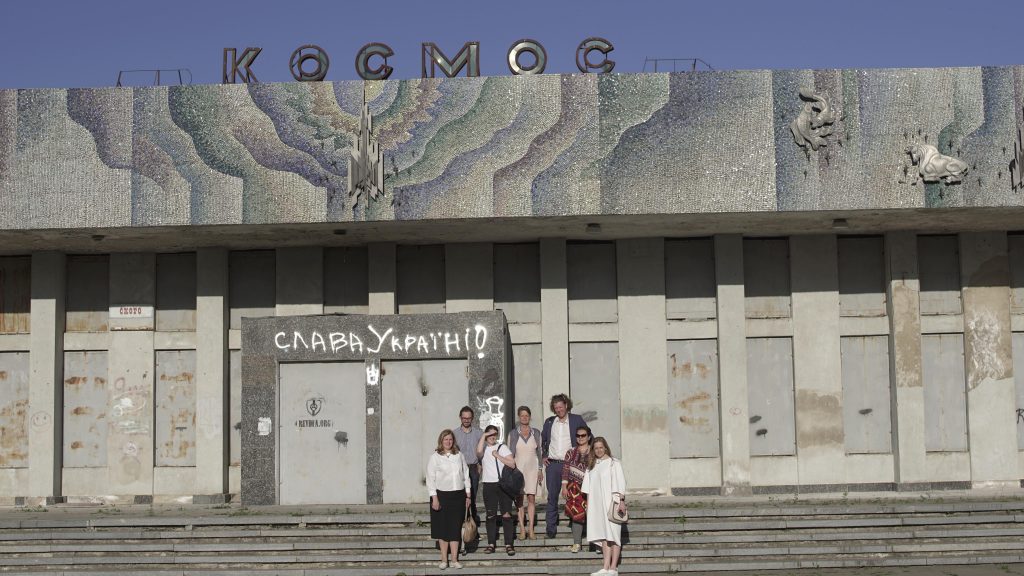 “Zhytomyr ??? What will you be doing there? “
“There is really nothing happening in Zhytomyr!”
“Zhytomyr is a city to drive through fast.”

Those were just some of the reactions of Ukrainian friends and colleagues, following the announcement that 12N had been invited to the city of Zhytomyr, one and a half hours drive away from Kiev.

A short tour of the city made it clear how wrong those people were, but also how understandable their reactions were. Figuratively speaking, the city is covered in a thick layer of dust. The existing urban designs and architecture present enormous opportunities. However, those opportunities are hardly ever realized. Abandoned cinemas and outdoor dance venues, are all past their time. Soviet mosaics in parks and on buildings, also in decline. Public parks and tree avenues, just as well.

Following the initial scan of Zhytomyr, 12N and Mare were invited to investigate the opportunities for cultural development of the city. 12N focused on the relationship between architecture, urban design, public space and culture. Mare took on a culture program, organization, and identity.

See the video of the first visit to Zhytomyr: https://www.youtube.com/watch?v=957Zy_NJ14M
To download the sheets of the presentation: Zhytomyr Fulco Treffers