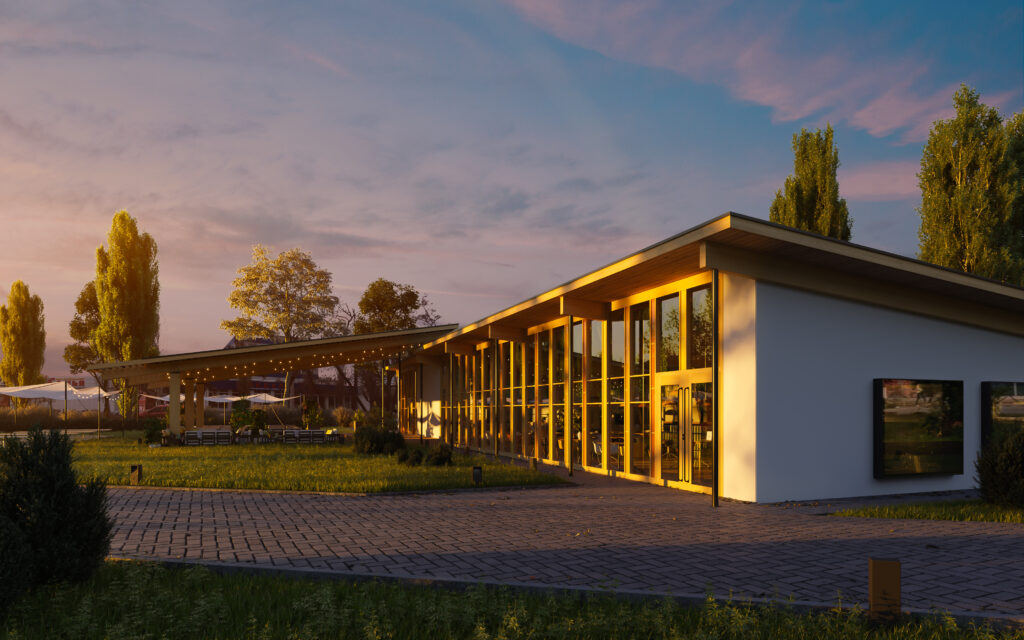 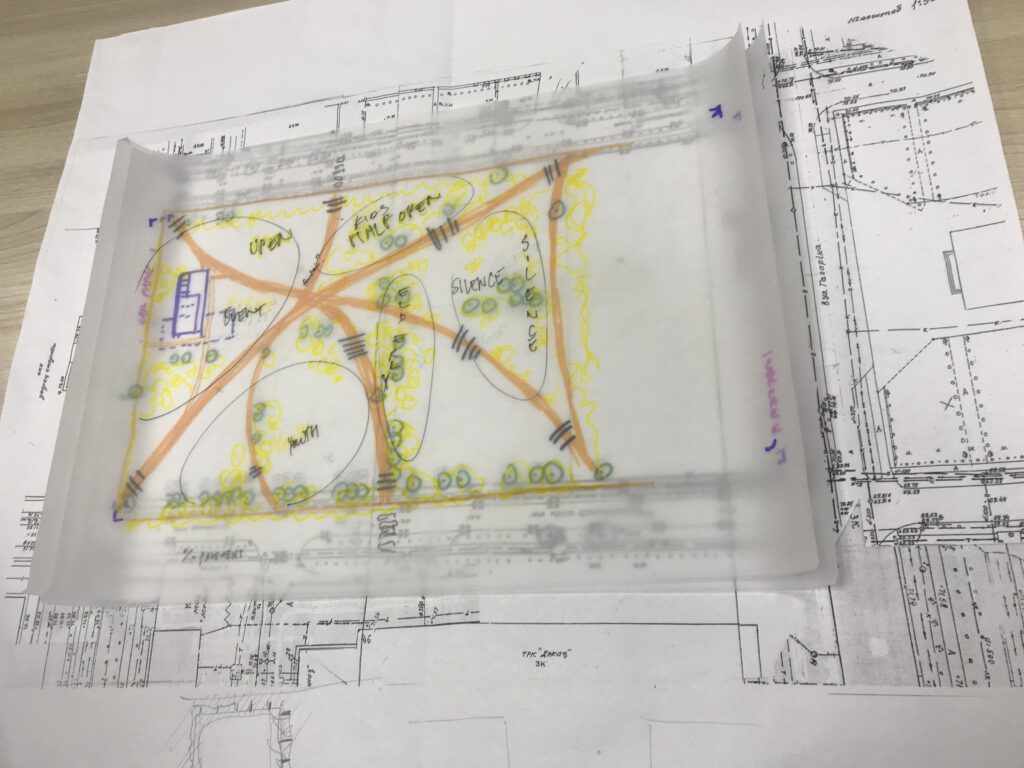 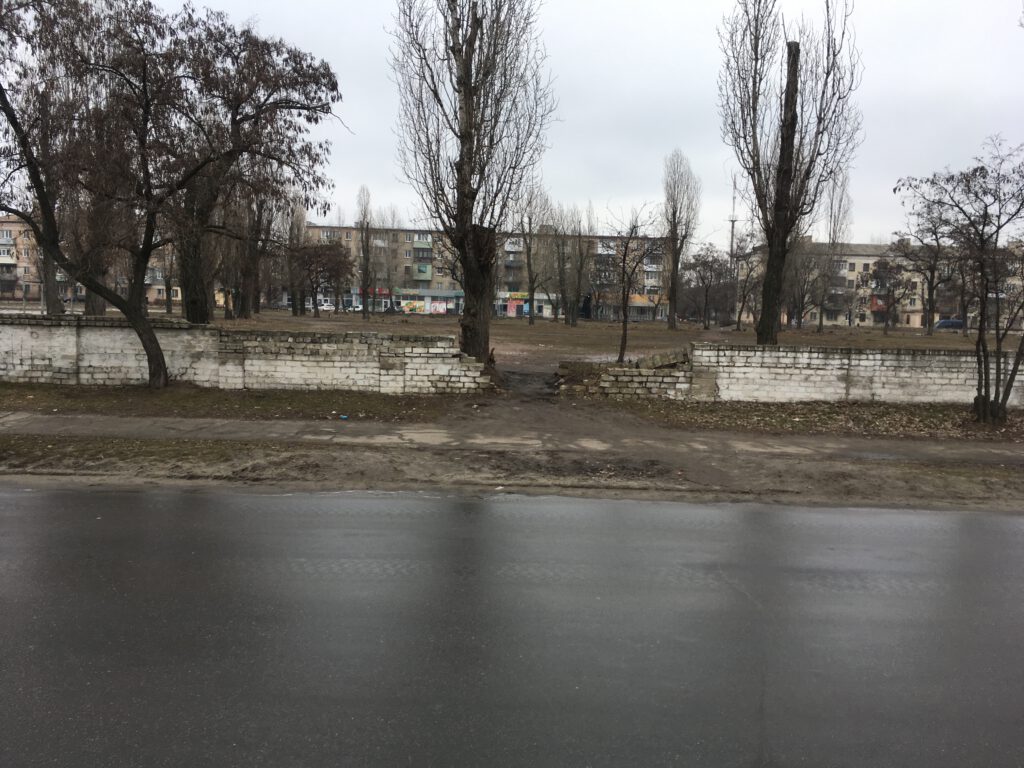 12N was invited as the chief designer of a park design and a public building. The design for a multifunctional city park (2 ha) containing a public building for meeting, culture and work. The aim of the design is to show the local stakeholders the potential of the area in order to generate support and finances for its realization.

The park is a “forgotten” area in the center of Severodonetsk, a city close to the Russian border and the war zone. Severodonetsk was designed through consistent application of socialist principles, but has, in recent decades, deteriorated considerably in maintenance and management. The former sports fields are now vacant sand and mud, but have the potential to be a pearl in the chain of public facilities in the city.

Residents from the city were invited, through seven sessions, to think about the functionality of the 2-hectare park. The input has led to a diversity of possible indoor and outdoor activities for the park. A choice has been made to divide the park into a number of zones, each with its own character suited for different target groups. This creates a soft separation between quieter and more dynamic areas, between open zones that can be filled in freely and those which could be pre-planned. Cultural events are organized from and near the park building, where indoor activities also take place. There is a strong relationship between building and park in material, greenery, form and use of color.

The design of the building takes into account a compact base that is technically easy to solve, providing a cost-efficient layout. Due to the roof shape and glass part, the building stands out from the gray Soviet architecture, which was rang out as an important signal throughout the participation sessions. Within the strong orthogonal structure of the city, the park provides a new, poetic soft addition to the urban fabric. Due to the relatively low labor costs, choice of material, plants and trees, play equipment and management and maintenance have been taken into account. 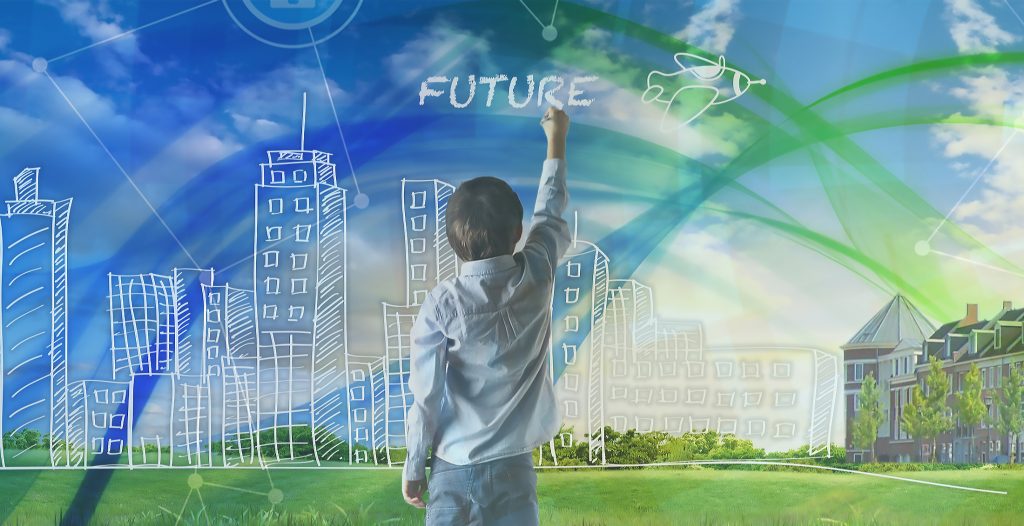