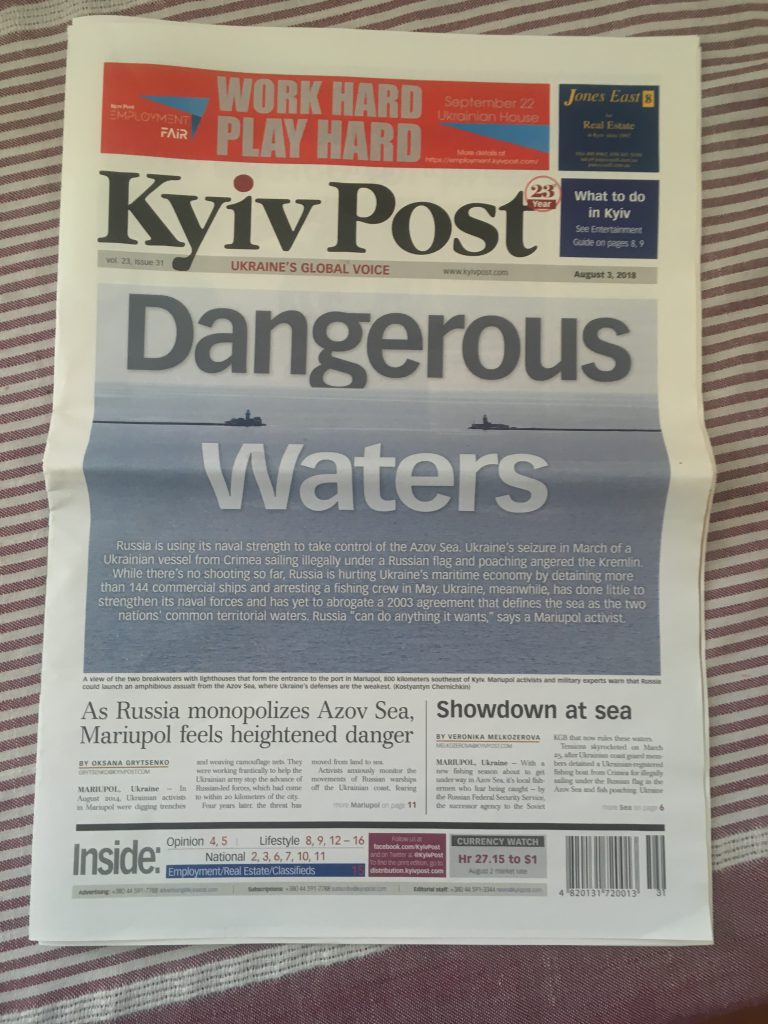 The dynamics of uncertainty

It is certainly dynamic. But, just as certainly, not always positive. There are many concerns about the developments on the Sea of Azov. It is the place where the Russian navy opened fire on Ukrainian ships, and where ships and crews were taken. Friends and acquaintances in Mariupol, the Ukrainian port city, have since been living in even greater uncertainty. The statements such as ‘it is bad here, but it is a stable kind of bad’ keep being mentioned …

In October, I was still in the Ukrainian city of Zhytomyr, ending a research project about the possibilities to link together cultural and spatial policies. This project initiative was started by the residents of Zhytomyr, and resulted in a week-long conference. Recently, there has been some more room for developments granted, with possibly more ahead. Old and expired monuments are being refurbished. Forgotten museum collections are being broadened. There is a growing  appreciation of crafts. Design and architecture are receiving increased attention, while urban development is slowly becoming a profession that can be used for improving the quality of life instead of being used for political (socialist) ideals promotion.

At the conference, at which Marjo van Schaik and I were international keynote speakers, we met with three ministers as well as with the president’s wife. That is only a bottom-up PR initiative with impact! A day after returning to the Netherlands, I received a request from an interior design agency from Kyiv, inquiring whether I would like to participate in a design concept for a large office in the center of the city. The assignment was bigger than interior design only. A week and a half later, for three days, together we were intensively involved in the transformation of an office. The kind of transformation which should symbolize the transformation of the state-owned enterprise – from oil and gas to solar and air energy, from corruption to transparency, from a closed stronghold attitude to an open and inviting one. But the project also made me aware  of  “the dynamics of uncertainty” – that even after a quick action under high pressure, I would still have to wait a few weeks (or months, maybe?) for a definitive answer about a possible continuation of this assignment. The reason for that? The unrest on the Sea of Azov.